An increasingly popular red wine that's most notably from Argentina and the Cahors region (known as the Auxerrois grape) in France but other countries like Chile and USA have begun producing Malbec wines with some success. The Malbec grape is thin skinned but it has a dark rich purple colour, earthy aromas and ripe dark fruit like fig and raisin that have made it a popular wine.

Here are some of my favourite Malbec wines for under $20 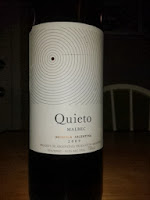 A blend of Cabernet Franc, Malbec and Cabernet Sauvignon which produces a unique Malbec tasting experience. 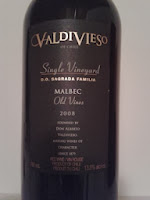 Easily one of my favourite Malbec's when it's in stock at the LCBO. This single vineyard old vine Malbec has a deep dark red colour with plum and fig flavours. Big aromas of dark fruit and a full bodied feel with some tannins. 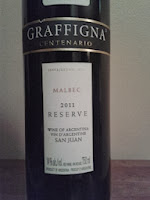 Dark red with a purple hue this Malbec has aromas of dark fruit, plum and prune with some earthy tones. Prune flavours with more dark fruit and pronounced tannins in a medium to long finish 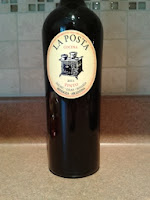 Yes I know it's a blend of Malbec, Syrah and Bonarda but it's a good Malbec. Full bodied, fruit forward and a great value at this price