Remember that this list is in no particular order and is updated frequently. 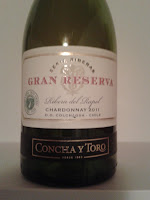 An excellent Chardonnay from the Concha Y Toro vineyards in Colchagua Chile. I picked up three of these for my cellar and I'm having a hard time not opening them because they are so good. Nice crispness and flavours of melon and tropical fruit. 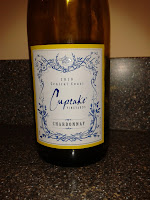 This is a good example of a California oaked Chardonnay. The vintner has used malolactic fermentation to soften up the wine and with 9 months in oak aging it gives the wine a buttery or creamier texture. Flavours of citrus and spice really add another dimension to this wine which is why it's popular.
Price - under $15 (LCBO) 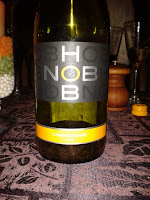 A nice Chardonnay from France. Good balance of acidity and fruit with some oak aging. Pleasant flavours of citrus and pear with a hint of vanilla. An excellent value priced Chardonnay 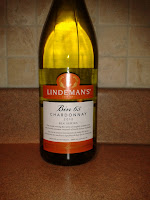 No matter how you slice it, Lindeman's makes a good quality Chardonnay. Yes, it is produced in large quantities but they have managed to keep the quality of the wine at a respectable level and at under $11 for an Aussie Chardonnay, this is an excellent value.