Beer Prices in Ontario too high ?

I know... You're probably saying "What is he doing talking about beer prices on a wine website". Well I've always been a supporter of a responsible open market for beer and wine sales in Ontario. I've posted numerous blog entries on the LCBO and it's ridiculously high wine prices and now I see that the first cannon volley against any plan to sell beer outside of The Beer Store has been fired by the Brewers Association of Canada.
IPSOS Reid was commissioned by the National Brewers Association of Canada or Brewers Association of Canada (BAC) to do a market study on beer price comparisons between the provinces. By the way,  3 board members on the BAC are also the President of Labatts, the Chair of Sleemans and the CEO of Molson Coors which conveniently owns "The Beer Store" so  the market study is totally impartial (wink, wink). They just want to make sure everyone is aware that the beer monopoly they control is way better than any free market system.

The Ipsos Reid market study compared Ontario beer prices with Quebec, British Columbia and Alberta. Thanks Ipsos Reid but I don't think anyone from Ontario routinely drives out west through Manitoba (which also has cheaper beer prices than Ontario) to BC or Alberta to buy beer so I think you can take those two comparisons and put them in the trash can. I have no idea where they got their Quebec beer prices but it's pretty clear that you guys got ripped off. Never buy beer from a guy selling it out a van in a parking lot.

The study goes on to compare beer prices for an adjusted tax rate and a normalized tax rate. There's also surveys about distribution, selection and serving alcohol to minors which has nothing to do with price comparisons and more to do with the propaganda campaign of how Ontario will descend into an abyss if the TBS is not there to monitor Ontario beer consumption.

So lets stop at this point and answer the obvious question. Instead of hiding behind the tax numbers, lets look at what the average Joe would pay if he bought a 24 of beer in Quebec and the same brand in The Beer Store.

So Ipsos Reid and the BAC, these are the numbers that count when I shop and this is why (BAC pay attention here because this is important!!) every weekend you can see Ontario plates heading to Quebec to buy beer. It's that simple. Buy two cases of beer and put $30 back in your pocket every time you buy suds in "La Belle Provence".

Here's my beer pick for this week 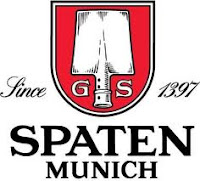 For 5.2% ABV, this German lager has a nice crisp, clear and almost light taste to it. It's not too hoppy for a german beer and it has a citrus finish that refreshing. Great for drinking on the patio with friends or with grilled pork chops on the BBQ
Price - 2.05 per can (LCBO)