Some of my favorite memories of St Patrick’s day goes back to when my parents hosted the annual Irish party in their living room. The old Electrohome console stereo would be blaring Tommy Makem and the Clancy brothers or the Irish Rovers while we sipped beer and Irish whiskey singing along to the music. My father would regale to us stories about my grandparents who were both from Ireland. The day would not be complete without my mothers’ Irish stew and my brother-in-law Doug would make his delicious Irish soda bread. Those were good times.
Years later, the St Paddy’s day party still happens. The location has changed to my house, the console stereo with LPs has been replaced by a wireless speaker and a music streaming app but Tommy Makem and the Clancy brothers still belt out the classics. We try to remember the limericks my father would recite about life in an Irish village and the rebellion. There’s still plenty of laughs, singing, some dancing by me (Riverdance impression), some more laughing and a lot of good memories. 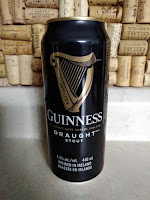 St Patrick’s day would not be complete without a glass of this iconic beer. It’s dark, rich and creamy with a slight nutty flavour and a coffee finish.

Here’s a tip. Angle the glass, pour half the can and let it settle then pour the rest

Available in the Almonte and Carleton Place LCBO 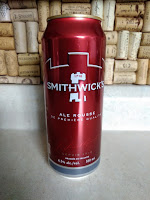 Another well known Irish ale made in the town of Kilkenny. It’s a smooth ale with a nice amber colour producing flavours of caramel and malt.

Available at the Almonte and Carleton Place LCBO.

If you’re not into ales or stouts then you can always try a wee bit of Irish whiskey. I could certainly recommend some great and very expensive Irish whiskeys but there’s also some moderately priced whiskeys that are quite good. Here’s two distilled beauties that I find are well priced with a high degree of quality. 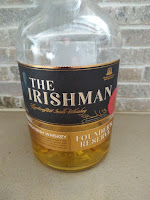 I first found this whiskey while we were on vacation in Galway Ireland. I was chatting with a bartender about Irish whiskey and he exclaimed that The Irishman Founders Reserve was the best whiskey for the price. I took up that challenge and tried it a few times. I was pleasantly surprised by the flavour and finish of this whiskey. It’s smooth with some butterscotch at the end. The whiskey is 70% single malt and 30% single pot still with maturation done in Bourbon casks.

Check your LCBO for availability 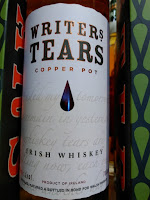 Another classic Irish whiskey from Walsh distilleries. This whiskey is all malt (no grain), triple distilled in a pot still and then matured in American oak barrels.
A smooth whiskey with some vanilla and caramel flavours

Available at the Carleton Place LCBO

Enjoy St Patrick’s Day and as the Irish say….. Slainte !!!


Posted by Mark Uncorked at 3:12 PM No comments: