You can't go on vacation to Prince Edward Island and tentatively try the local seafood so I decided to jump into the feast that PEI offers with both feet. There were samples of raw oysters, quahogs (clams) with chorizo sausage, lobster rolls, haddock and scallops. It was a seafood smorgasbord with a generous sampling of local craft beers brewed on PEI and they were exceptional. 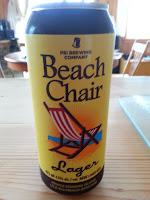 Beach Chair Lager became a familiar friend when I had seafood. A nice light lager with a refreshing crispness that didn't overpower the seafood. I had this lager with steamed quahog clams and raw oysters.

The beer is produced by the PEI Brewing Company in Charlottetown PEI. Visit their website at peibrewingcompany.com/our-beer-selection/ 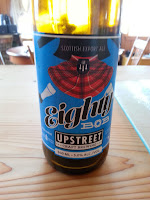 A dark reddish brown ale with good body, not too hoppy and dark flavours of caramel and some nuttiness at the end. Very drinkable while sitting on a deck watching the ocean waves roll onto the beach.

The beer is produced by Upstreet brewery in Charlottetown PEI. Visit their website at www.upstreetcraftbrewing.com/the-beer 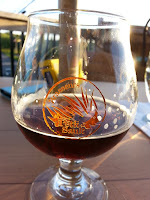 Cheers!
Posted by Mark Uncorked at 4:58 PM No comments:

I know... A Sommelier is supposed to like all wines but I have to admit that I have particular fascination with California Zinfandel's. Zinfandel is dark in colour with rich aromas of blackberry, vanilla and other dark fruit with "jam like" flavours that pair well with most BBQ meats such as pork ribs, steak or flame broiled burgers. Zin wines have a unique colour, aroma and flavour that meld together to form what I think is a superior red wine. Zinfandel wines from Lodi, Paso Robles and Dry Creek regions of California produce some of the best fruit forward Zins that I have ever tasted.  Since Zinfandel is so closely related to it's Italian cousin Primitivo, I find myself indulging in wines from the Puglia region as well as California. Some Puglia wine producers are starting to label their wines as Zinfandel even though they are Primitivo based.

Here's some of my favourite Zinfandel wines 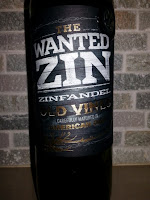 A Primitivo wine aged in American oak from Italy being sold as a Zinfandel. This wine is not quite like the California Zin but it is quite good. 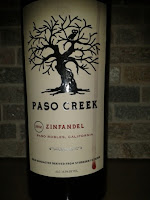 One of my favourite Zins from California and it's reasonably priced. Fruit forward flavours of plum and mocha. It has a long lasting jammy finish that leaves you wanting more. A great wine for sipping or with a barbecued steak. 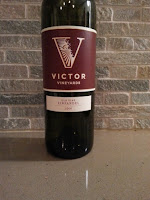 Another decently priced Zinfandel with grapes sourced from 100 year old vines which is supported by the dark and rich flavours of blueberry and vanilla.

What kind of Port should I buy?

Port has been around for centuries and I noticed this year that there seems to be a rising interest in different types of port. The most common question I was asked over the Christmas season was "What is a good port to serve?" Well... They're all good. It's like asking, "What is a good wine to serve?" Do you like red, white, rose, sparkling or dessert? It all depends on your taste. So lets review the most common types of port so that you can try them and then decide for yourself.

So what is port?
Port is a wine that has a grape spirit or brandy added to fortify it which increases the alcohol level to between 19 and 22%. Fortifying port wine was started during the French-English wars when wine shipped from Portugal spoiled during the voyage to England. Spirit alcohol was added as a preservative.
Port is synonymous with Portugal (specifically the Douro region) although a few countries like Canada, Australia and California produce "port style" wines as well but not nearly as good as the port from the Duoro. Red ports are made primarily from the Tinto Roriz and Touriga Nacional grapes. White port is made from Viozinho, Gouveio, Malvasia, Rabigato grapes.

Here's a brief description of each port style with an example

Vintage
No doubt that this is the absolute top tier of ports and the price point reflects the quality. The best grapes from the best vineyards go into this port which is only declared about 3 times per decade. A dark rich flavoured and unfiltered port (decanting required) that should be consumed within a few days after opening or it will start to go downhill. Vintage port if stored properly can be aged up to 50 years.

LBV or Late Bottle Vintage
A mainstream port that is filtered and ready to serve. It also has a much longer shelf life after opening so you can hold onto it for awhile without worrying about it going stale.

Ruby
As the name indicates this port is ruby coloured. The youngest of ports with a more fruit forward flavour and a minimum 3 years in a cask before it can be bottled and sold.

White Port
A semi-sweet port. Unlike the dark fruit like fig and nutty flavours of an LBV or Vintage port, a white port has more citrus (orange) and honey flavours

To make it more confusing, there is also Colheita, Crusted and variations of Reserve ports which are less common but you may want to try them as well.

Posted by Mark Uncorked at 4:50 PM No comments: